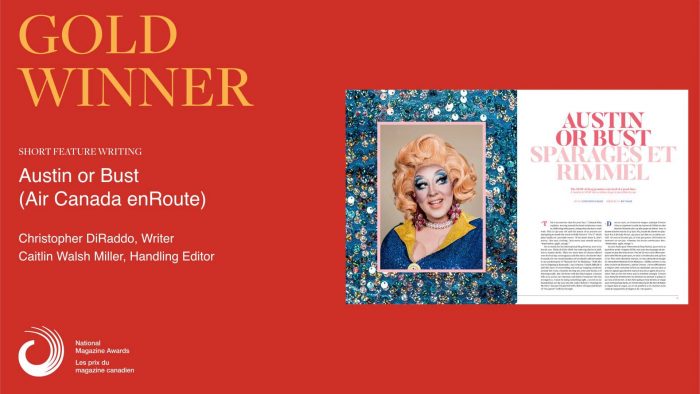 This past weekend I went to Toronto for the National Magazine Awards. My story “Austin or Bust,” about the Austin International Drag Festival, was up for the 2019 Short Feature Award. It was the first time anything I have ever written has been nominated for a prize, and I was thrilled just to be acknowledged. To have had a jury read my work and deem it worthy of a prize.

The gala was a pretty fancy affair with circular white tables and large video screens (I felt like I was at the Golden Globes). When they called my name, I was pretty much in shock. I can’t remember the last time I was ever that nervous, but somehow I pulled it together and stammered through a short acceptance speech. I’ve spent so much of my professional life tracking prizes (through CBC Books and the CBC Literary Awards), that it felt good to finally be on the other side.