One of the events we presented was a one-on-one interview and career retrospective with professor and activist Tom Waugh.

Tom was my teacher at Concordia. In the mid 90s I took HIV/AIDS: Aspects of the Pandemic, a multi-disciplinary course that was the first of its kind in Canada. I was hardly a year out of the closet, but I was hungry to become involved in my community and I wanted to learn as much as I could.

This class would change the course of my life. It started me on the road to becoming an LGBTQ activist, getting me involved in peer health education, community radio and gay pride. It is here where I met some of my great friends, where I found community and where I met one of my first boyfriends.

Tom’s teachings had an incredible impact on so many people in Montreal (and in Canada) that when he announced his retirement last year I knew I wanted to do something. I asked my friend, journalist and teacher Matt Hays, if he would speak to him on stage about his illustrious career.

You can watch that discussion, in its entirety, on the Never Apart site here. 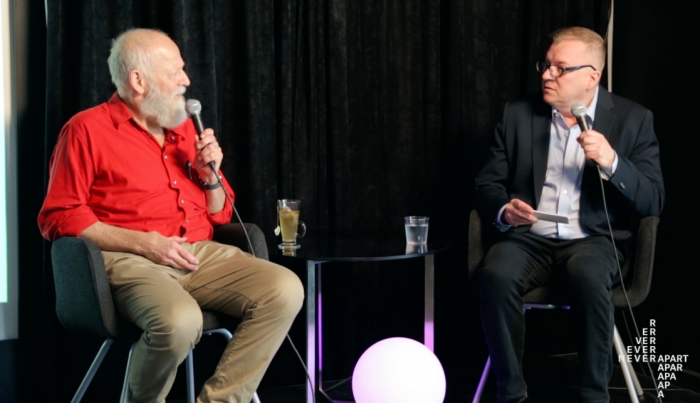