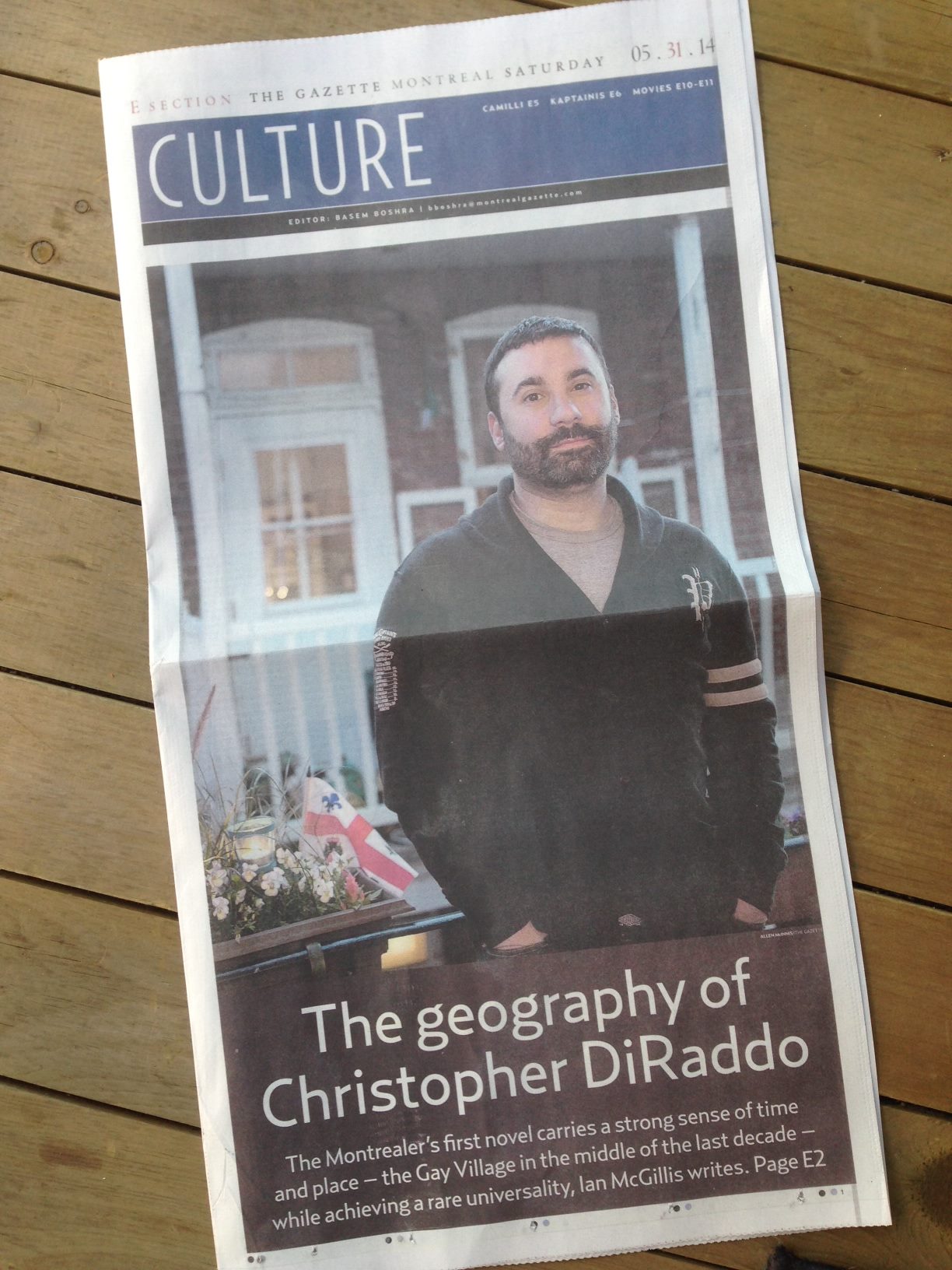 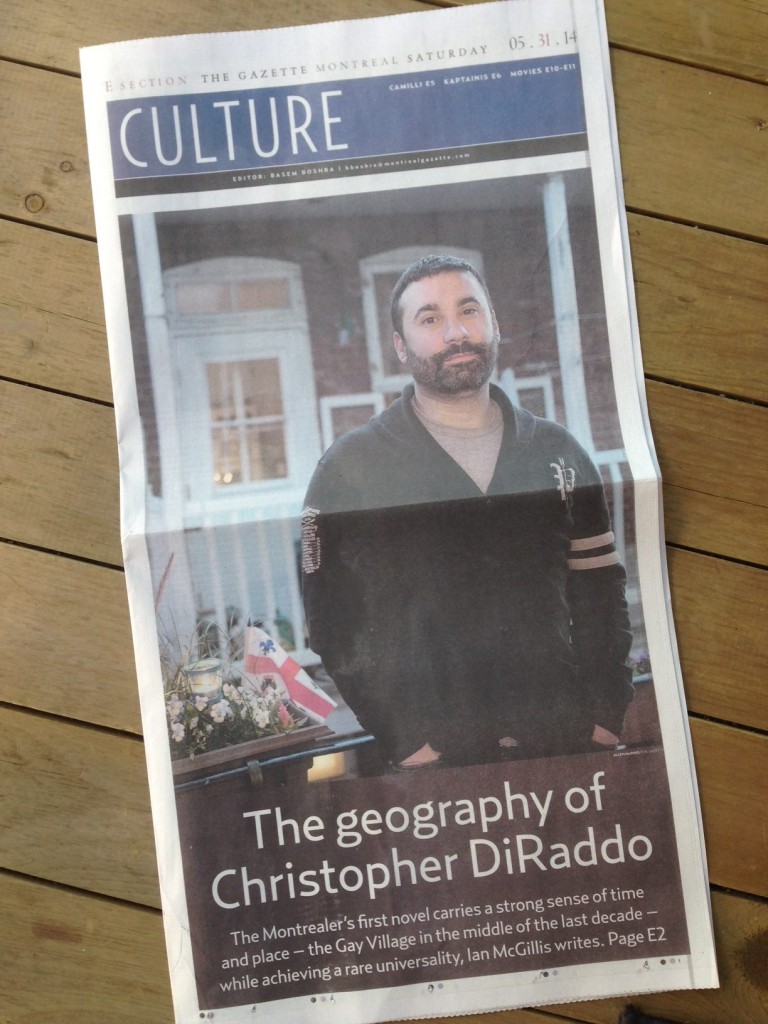 I don’t know how this happened, but last Saturday my mug graced the front page of the Montreal Gazette’s culture section. It was nuts.

I knew the interview was coming. I had met with Gazette reporter Ian McGillis at my apartment on Monday evening. On Wednesday night, photographer Allen McInnis came over to take a picture and shoot the video. But I had no idea I’d be waking up to two #$@&%*! pages.

Ian did a great job with the article. At this point it’s important for me to get the book into the hands of people who don’t know me. This Gazette article will help do that. All over the city – from suburban homes in the West Island to packed coffee shops in the Mile End – people were reading the profile and discovering the book. I was thrilled.

I hope this means that more Montreal bookstores will carry copies of the book. Last Tuesday I stopped by Indigo downtown to see if my book was on the shelf. It wasn’t. So I looked it up on their self-serve computers. It said there were two copies in the store.

I suppose I looked puzzled because a very nice older woman who worked there stopped me and asked if I needed any help. I pointed to the screen. “I wrote that book,” I told her.

The woman went to the terminal and clicked around. “Oh,” she said. “It just came in. It’s probably in the back. Do you want me to go check?” She took off for a while and came back several minutes later apologetic. Apparently the books were on a pallet somewhere waiting to be unpacked. I thanked her and told her I would come by later.

But only two copies?

Montreal is my hometown. It’s prevalent in my book. I don’t need a display or anything, but I’d like to think that stores would carry more than just two books by one of their city’s writers. Hopefully this Gazette article will change that.