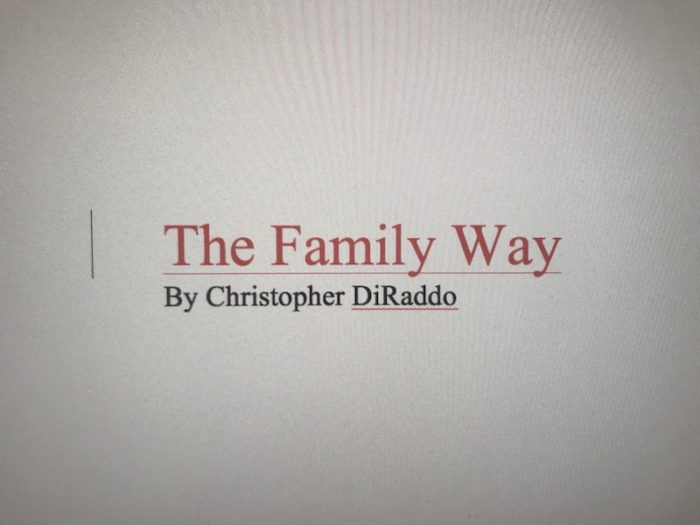 My next book, The Family Way is scheduled to come out in spring 2021 from Véhicule Press. I am knee deep in final edits, but at least we now know what it will be called.

The book has had many different working titles over the past six years. As a first draft, it was called Hilarious, Kind, Drunk. Then Fathering. Then The Spunkle and/or Spunklehood. For a short time it was If We Were Fathers. Finally, we landed on The Family Way (my friend Jen W. came up with the title). I think it works well on many levels. It’s simple, memorable and invisible enough to not place any impressions on the reader.

The book is about the way queer people make families. My main character is a gay man named Paul. On the eve of his fortieth birthday, long-time friends Wendy and Eve ask him if he will help them start their family. The book chronicles their experiences trying to make a baby, while also exploring Paul’s evolving relationship with his partner of three years, Michael, a somewhat free spirit and wayward soul who is 11 years his junior.

I’m looking forward to getting this book out into the world. This time I will be publishing with Véhicule Press, an indie publisher based in Montreal with a well-respected roster of writers and editors. It’s been such a pleasure to work with them. I’m happy to say they’ll also be giving a second life to my first book, The Geography of Pluto, which fell out of print earlier this year. Both titles should be available around the same time (hopefully next April / May).