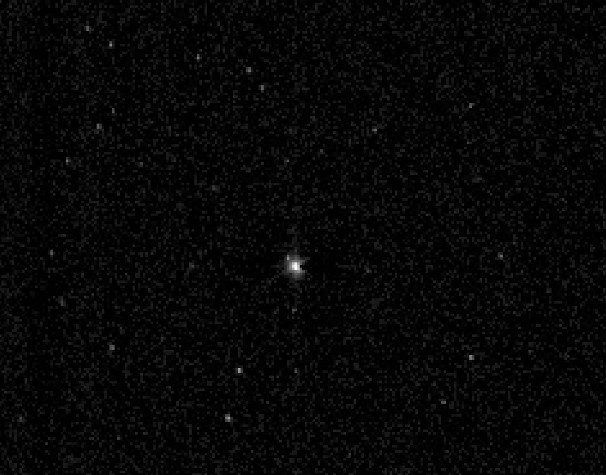 Yesterday, the New Horizons space probe crossed Neptune’s orbit. About a month ago it snapped this distant shot of the gas giant (and its moon, Triton) from a distance of 2.45 billion miles. This is the last major crossing the vessel will have until it gets to Pluto on July 14, 2015.

So I assume things will be quiet for New Horizons for a while.

Things are quieting down for me too. The Geography of Pluto has been out for four months and things are beginning to slow down. I couldn’t be happier with the press I’ve received, with the emails I’ve been getting from people who’ve read the book. But I have to find new ways to keep the novel alive, to keep the solar winds in its sails.

But one thing I am going to take a break from – for the moment – is public readings. I’ve done seven of them in the last four months and am exhausted.

I have also learned that you can’t predict how things will turn out, and that not every promotional idea works. When I first launched the book I came up with a “support your local bookseller” initiative. In order to encourage people to shop locally, I offered an added incentive to those who bought Pluto from a brick-and-mortar store: a personalized postcard or video message from me. So far only one person took me up on it. Not sure why. Perhaps word never got out. Or perhaps the offer was not that appealing. Still, I’m glad I tried something.

Over the next few months I’m going to test out some new promotional ideas to propel Pluto a little further on its voyage. So it’s not just floating in empty space.