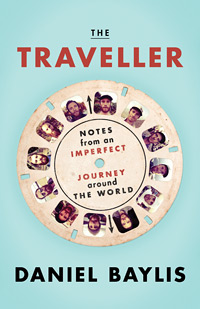 For the past two weeks I’ve been burning through a book written by a friend of mine: The Traveller by Daniel Baylis. I’m two chapters away from the end and am putting it down so I can savour the remaining pages. It’s been a great trip so far.

At the end of 2010, Daniel put all of his worldly possessions in storage and took off on a self-directed voyage around the world. He visited 12 countries in 12 months, looking for meaningful ways to engage with the local communities. All throughout, he wrote about his (mis)adventures and they are collected here in this book – one chapter for every country visited.

Daniel does a great job of letting us inside his journey. I felt like I was along for the ride: herding goats in Israel, rebuilding a castle in the French countryside, getting close with the locals in South Africa. I felt his elation, his disappointment, his anxiety, his wonder. Daniel is also extremely witty and his sense of humour shines through. On several occasions I even laughed out loud.

When it came time to release this book, Daniel wanted his publishing experience to be as self-directed as his voyage. He opted to pursue self-publishing (or, as he calls it, team publishing) and it’s been fascinating to watch the project evolve.

Daniel did all the right things – took time off to write, hired a professional editor, got an award-winning cover designer, researched different typesetters and printers. And he promoted the thing out the yin-yang, achieving his Indiegogo goal in 3 just days (read about that here).

I’m super proud and happy for him. The Traveller is one of the most interesting books I have read in a long time. 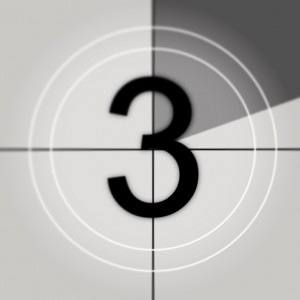 Welcome to my website. My name is Christopher, and I am a Montreal-based writer whose first book, The Geography of Pluto, will be published this spring by Cormorant Books.

I’ve started this blog to track the novel’s progress and to interact with readers (especially those I don’t know). It’s kind of incredible to me that I have spent more than a decade playing with imaginary friends, and now these friends are going to live in the minds of others. I hope everyone gets along.

I plan to write honestly about the life of the book – the successes, the defeats, the hopes, the doubts. If you’ve ever wondered what it’s like to write a book and then deliver it to the world, I hope this’ll inform.

I’ll write about other things too – about Can lit and queer lit, about publishing and promotion, about Montreal and my life. But I am mainly doing this so that I can keep an open dialogue with you, the reader.

So here’s my email address: mail@christopherdiraddo.com. Drop me a line, say hi. Let me know what you think about what you find here.